I didn't even know who was in today's Super Bowl until going to the sportsbook, but thanks to bonuses, betting's in my favor. 🏈

"That's really stupid, Randy, especially after all your writing about game strategy and casino math!"

Hold on, dear reader. For context you have to remember I live in New Jersey. You also have to allow me a backstory.

Years ago, when online gambling was first becoming a thing, the market was saturated with different outfits and all the competition was good for gamblers. They benefited in the rather direct form of sign-up bonuses and promotions.

This wasn't just driven by competition but also lack of trust in online casinos. The Internet was younger then. People probably weren't as concerned with "hackers", I guess... they just didn't totally trust "The House."

(From my time dealing blackjack in real life, I can tell you a lot of people don't trust "The House" when they're sitting in it either. With real cards right in front of them.)

I was like 10 years old when all this was going on, but gambling history says there were bonuses like 200% of your initial deposit, which could be used on whatever games you wanted. People could exploit that with maneuvers like depositing $100, putting the $200 in bonus money through the blackjack table once, then withdrawing $200+ in real dollars.

Nowadays regular casino bonuses have stricter "playthrough" requirements, and/or can only be used on slots, etcetera etcetera. Gaming operators have wisened up whether they're online or brick-and-mortar.

"What does this have to do with the Super Bowl?!"

Well, if you live in an area where online sports betting is legal, you can probably find a sweet promotion for today's event by signing up for a sportsbook you haven't used before.

I'll use my own example. It's not a "big money" one but it's realistic. 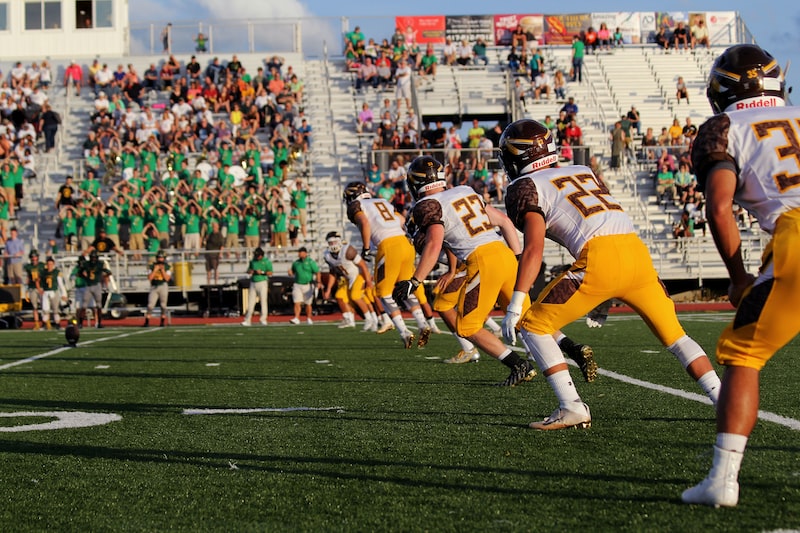 I've bet on and off on sports for a while. For me, sports aren't naturally that interesting. Maybe just given me being "a nerd." 🤓 But with just a little money at stake, sportsball suddenly becomes interesting.

(It's also something I've pursued as a money-making scheme a few times though that's never worked out. Keeping the lights on here in New Jersey still means hacking software far and wide. But, feel free to fork my Nitrogen Sports or Odds Portal programs on Github for your own attempts.)

Today is the 2020 Super Bowl — not really sure what Roman numerals it is, and until placing some bets yesterday, I didn't know who was playing. Doesn't matter! There are at least a few dozen sportsbooks serving my area, I've only used like one of them previously, so bonus money was able to tip the scales in my favor.

Go searching — either plain Google or a gambling review site — and you'll see a bunch of available bonuses if you live in a legalized area.

The operator in my case was Pointsbet. That's an affiliate link with a promotion attached. Two "risk-free" bets up to $1,000 total. Google for a better offer if you like.

That's arguably a better deal than I even used... mine was $100 in bonus money on a deposit of at least $10 cash. This came from a sidebar ad on some non-gaming website.

Thus, the best math for us would've come from depositing only the $10 then placing it all on something reasonable like which team would win, for instance. Let's talk about just fixed odds bets here.

The Kansas City Chiefs are favored to win right now at 1.80 decimal odds. Meaning, if you stake $100 and they win by any number of points, you now have $180.

Let's say we bet that with our $10 real money and $100 bonus money. What's notable about the bonus is you wouldn't get that $100 back. You'll see that as I reveal my actual bets in one moment.

For this example, continuing to do the math, our $10 at risk would potentially become $98.00. See how below.

That's as if the odds are at a long 9.8 instead of their current 1.8 — not bad. In upstate New York that'd buy a halfway decent meal.

My actual betting deviated from the above. I deposited $50 in actual money, which went on Kansas City to win by 2 points. The odds were slightly different yesterday so that came at 2.00x for potentially $100 back.

Then the bonus went to this less likely event of the game's total points (add both final scores together) falling between 41 and 50. Odds for that were 3.50x, though since this was a bonus wager, the yield would be $250.

Admittedly, this was primarily in the interest of entertainment while my girlfriend and I have the game going. It's not as conservative as the first wager described for $10. But that's still an outsized return against the provided odds.

Smart use of sportsbook promotions can add some additional entertainment value to events you were going to watch anyway. And, some money in your pocket.

When the promotions dry up and you're just straight betting on sports, be more careful. Do not get addicted to gambling in any form.

Building predictive models of sports is tough. I've tried to do it for soccer on Nitrogen Sports, have scraped tons of Odds Portal data, plus have written about modeling baseball. Gaming mega-corporations have invested a ton of resources in accurately modeling this stuff and offer you odds with an edge built onto that. It's unlikely you can do it better.

But, if you try, you'll at least learn about statistics, machine learning, other computer science, etcetera. 🤓 The only sure bet is yourself. PredictIt is a market for "putting your money where your mouth is" about political events. And a great news source.

One thing I've consistently had to teach junior engineering staff is to search for stuff.